I've been fairly busy lately with school and work so I haven't got around to making any new art besides my math notes which seem to be tattered with enough pictures to create a gallery. The image above is of a statue I created for a scholarship (which I did not win) about a month ago. Hopefully with the art classes I'm taking I will be able to create something I deem worthy to be on this blog.

So I should tell everyone about my adventure at Collins College. So these people really hyped me up telling me how perfect I was for their game design program. They told me I'd be one of the better artist in the program even at the level I'm at right now. They also tried to commit the hell out of me.This got me thinking and I decided to see what other artist were doing. To YouTube! So first thing I found was this, which wasn't very assuring. Then I looked at the portfolios and demo reels people have uploaded, most being final projects representing the outcome of the students complete progress. To say the least I was very disappointed. Most reels looked like Nintendo 64 games. The 3D sculpting was also horrendous, and the student films were like watching something a bunch of 9 year olds would make with their parent's video camera. Then I looked into the teachers and found out that 9 out of 10 of them have no in field job experience, and that most of them are graduates from Collins College. I'm glad I caught this before I was $80,000+ into it. I think my associates in art will be more valuable than their bachelors in game design. What a joke.

Because I'm getting my associates soon I'm trying to decide what to do afterwards. I will be doing something concept art, film, or game related. Right now it's between Arizona State University, the Gnomon School in CA, and Maybe something in Washington State. 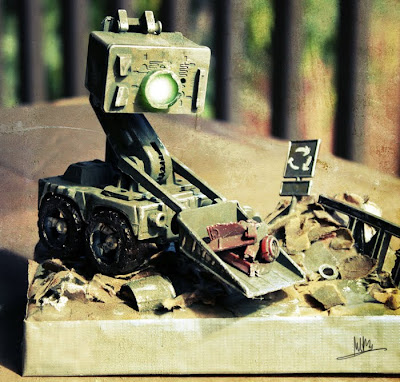 Dude, That statue is so cool.